Please, be welcome at the website of the Minerva Scholarship Fund (MSF) foundation.

The MSF is an ANBI* that aims to provide scholarships to students of Leiden University for study and research projects within various academic disciplines. MSF supports outstanding and exclusive scientific projects outside of the Netherlands. In addition, MSF has an open nature. This means that not only members of the Leiden Student Association Minerva [Leidse Studenten Vereniging Minerva] (LSVM) but all students of Leiden University may apply for a scholarship. MSF thus contributes to the self-development of students in Leiden. MSF is an initiative of LSVM and is fully supported by Leiden University.

An application for a scholarship can be submitted twice a year: deadlines are 15 June and 15 December.

Prof. Dr. Hogendoorn studied Medicine at Leiden University and in in March 1999, he was appointed a Pathology professor. In addition, as Dean of the LUMC, he is in the Executive Board of the LUMC. Furthermore, Prof. Dr. Hogendoorn holds guest lectures at the Free University of Brussels and at the University of Oxford. Furthermore, he is the president of the Dutch Commission on Bone Tumours, a member of the Supervisory Committee of the healthcare organisation Pieter van Foreest, of Rijksmuseum Boerhaave, the Royal Dutch Academy of the Sciences and of the University of the Arts, The Hague.

Prof. Dr. Beenakker completed his studies with distinction in Physics and has been a professor for Theoretical Physics at Leiden University since 1992. He is one of the youngest professors ever appointed in Leiden and is also the first Professor in the theory of Mesoscopic Physics in the Netherlands. Prof. Dr. Beenakker is specialised in the quantum world. He studies the behaviour of the particles and thinks of ways how to develop new technologies. He is currently thinking about ways to build a quantum computer in a laboratory. Internationally, Prof. Dr. Beenakker belongs to the absolute top.

Prof. Dr. Sluiter is a Greek language and literature professor at Leiden University. She conducts researches of ideas of ancient times about language, public debates and the use of speech. She also conducts researches of the connection between the classic and the modern world. Furthermore, she’s a member of the Royal Dutch Academy of Sciences, the Royal Dutch Society of Sciences and of the Academia Europaea. She received just recently an honorary doctorate from Bristol University.

Prof. Mr. Bender is associated with the tax law division of Leiden University as an International Tax Law Professor. In addition, she used to work for Loyens & Loeff and PWC as a tax consultant. Furthermore, she was associated with the University of Connecticut as a Visiting Professor and as a Martin-Flynn Global Law Professor. Furthermore, she still has several additional functions, including being a member of the Supervisory Committee of the Dutch Cancer Society, a member of the Supervisory Board Monuta Holding NV and of Monuta Insurances NV as well as a board member of the Luchtmans Foundation.

Prof. Dr. van der Does is the president of Clinical Psychology of the Psychology Institute of Leiden University. In addition, he is a scientific adviser of PsyQ, the Psychological Trauma division. He is also a member of the Council for Civil-Military Care and Research as the President of the Programme Advise Commission for Research. Ultimately, Prof. Dr. van der Does is a member of the Scientific Integrity Commission of Leiden University.

Prof. Dr. Yesilkagit is an International Governance Professor at the Institute of Public Administration.

He is driven by his wish to understand how political administrative systems function. His work consists of conducting research and of teaching how politicians, civil servants and public institutions influence the outcome of policy and social events, and thus, the lives of individual citizens and groups. In addition, Prof. Dr. Yesilkagit is a member of the Scientific Integrity Commission of Leiden University. He also takes part in the platform Democracy and Science and he’s a board member of the research committee “Structure and Organization of Government” of the International Political Science Association.

The MSF is happy to announce that in light of the exceptional circumstances of the COVID-19 crisis one application is honoured with a scholarship:

Grüezi! – Swiss German for ‘Hi!’. I’m Marije Otto, Master student Bio-Pharmaceutical Sciences in Leiden. I’m currently living in Basel, the city where the Rhine flows out of Switzerland, right into Germany. I perform my research project here, at the Children’s University Hospital (Universitäts Kinderspital beider Basel, or UKBB), for which the Minerva Scholarship Fund is providing financial support. At the UKBB I analyse the hormone levels of children with diabetes who have been admitted to the hospital with symptoms of severe dehydration. These specific hormones which I am investigating are involved with keeping your water balance in check. If we can correctly describe the production and degradation of the hormones, we can hopefully use that information to predict which children are more likely to become ill. I work with mathematical models to achieve this goal and try to develop them in such a way that they describe and predict the data with high accuracy. Basel is a small, but very lively city and you could definitely say it feels a lot like Leiden! There is a large network of international students and scientists, not only due to presence of the University of Basel (and even a small branch of the ETH Zürich), but also because big pharma companies such as Roche and Novartis are located here as well. It’s an ideal location for a bio-pharmaceutical scientist (to be) like me! 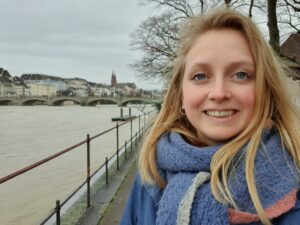 Given the special circumstances of COVID-19, this message will clarify a number of ambiguities.

However, this doesn’t guarantee that a scholarship of the Minerva Scholarship Fund will be granted.

When an application is honoured with a scholarship, this doesn’t create a precedent for following applications in the same category.

The MSF committee would like to inform you that the filling of the annual Financial Statements are delayed and will be published end of September. If you have any questions regarding this please contact minervascholarshipfund@lsvminerva.nl

The MSF would like to thank approximately 300 prospective members of the Leiden Minerva Student Association [L.S.V. Minerva] for they have donated the total amount of €2,488.54 to the MSF.

Minerva Scholars of the 2020 December round: